I grew up with the belief that I could do anything -- that being born a woman wouldn’t impede my path to achieving my goals or obtaining a leadership role. One of two girls, I was raised learning how to fish in the ocean, play sports, and dance. Moreover, both of my parents held two jobs so traditional gender-based roles were not my norm. I often felt empowered because I was surrounded by strong female coaches and role models who inspired me to reach beyond what even I thought possible.

It wasn’t until high school that I understood being a strong, intelligent woman may not always be a popular choice. While running for student body president, I campaigned against a young man who wore a gold colored t-shirt to school every day and took on the nickname “golden boy.” Void of a dense platform, I assumed my marketing, clever ideas, and rich resume would convince the student body that I was the best candidate. Unfortunately, this was an incorrect assumption and I lost in what might be considered a landslide. That moment gave me pause and made me doubt whether I really could do anything. Surely I had the talent to be a leader, but would others be able to see it too?

This same dilemma continues to plague my psyche into adulthood. With an additional 15 years of life lived and more opportunities to engage in the challenges women face, there are moments where doubt does impede my progress. In these moments, I look to other women I admire for inspiration and encouragement. While I still see myself as capable and determined to change this world in profoundly positive ways, I often need to find the commonalities between my story and the stories of other women leaders as inspiration for my own path. In this connection, I find my perseverance and continued resolve.

Unfortunately, the data confirms what, in my heart, I’ve already observed in my professional journey. The post Where Are the Women Keynote Speakers? explores the research and finds that while 75% of the educational field is composed of women, only 30% of educational leadership roles are held by women. This discrepancy considers many factors, including female to female competition, “Imposter Syndrome,” which is described as the inability of high-achieving women to internalize their accomplishments as rightfully deserved, mom-guilt (closest to my own heart), and the like.

A second post that speaks to the disproportionate number of female and male conference speakers at large, is Raising Shakespeare’s Sister (Or Why We Need to Talk about Female Speakers in Search). This piece presents research on the ratings conference goers give to male and female speakers. Female speakers are rated lower (on average) than their male counterparts. Author Hannah Smith concludes, “Success and likeability are positively correlated for men and negatively correlated for women. This means that men who are successful are also considered likeable. However, women who are successful are not considered likeable.”

So what implications does this have for us as women leading in education? What can we do about this dilemma?

This year, Teaching Channel is embarking on an interview series called Women Leaders in Education. This series will interview and elevate some of the most admired and inspirational women leaders in education today. Each will share moments that defined their paths to leadership, acknowledge the leaders who have inspired them, and share challenges faced and opportunities seized while rising into a leadership role. It’s our hope that this series will allow for other emerging leaders to find parallels to their own stories in the narratives of these luminaries, and with that connection, continue to rise above their limits, whether self-imposed or imposed by others. In addition, we hope to evolve the notion that women who push traditional boundaries are viewed with respect and admiration, and celebrated as dynamic, empowered leaders.

We are honored to announce the names of the first five participants in this series: 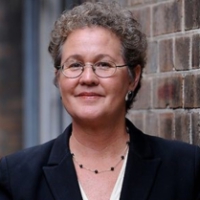 Linda Darling-Hammond is the Charles E. Ducommun Professor of Education at the Stanford Graduate School of Education, and President and CEO of the Learning Policy Institute. She served as director of President Barack Obama’s education policy transition team in 2008. Darling-Hammond has authored numerous books, including 2012 Grawemeyer Award Winner The Flat World and Education: How America’s Commitment to Equity Will Determine Our Future and Beyond the Bubble Test: How Performance Assessments Support 21st Century Learning. 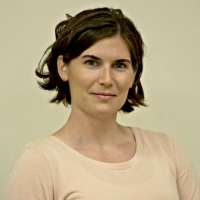 Kristen Swanson is Director of Learning at Slack, a founder of the Edcamp movement, and Chair of the Edcamp Foundation Board. She serves as an Adjunct Professor at DeSales University. 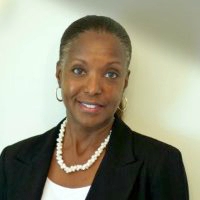 Peggy Brookins is President and CEO of the National Board for Professional Teaching Standards, and was named by President Barack Obama as a member of the White House Initiative on Educational Excellence for African Americans. 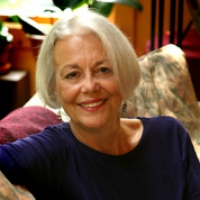 Sonia Nieto is the author of Affirming Diversity: The Sociopolitical Context of Multicultural Education and Professor Emerita of Language, Literacy, and Culture at the School of Education, University of Massachusetts - Amherst. 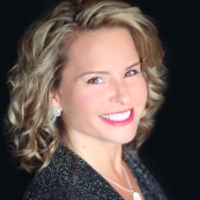 LaVonna Roth is an internationally known author, keynote speaker, and consultant. She is the energetic personality behind Minds That Matter, Inc., serves as a Board Member of Florida ASCD, and is a member of IRA, NSDC, ASCD, Society for Neuroscience, and the Learning & the Brain Society. Roth is founder of Ignite Your S.H.I.N.E. and author of Brain Powered Strategies to Engage All Learners.

Please join me and Teaching Channel as we learn and grow from the triumphs and struggles of some of the most influential thought leaders in education -- who also happen to be women.