One goal of the Next Generation Science Standards (NGSS) is to develop students' understanding of the nature of scientific knowledge and how it is developed (Nature of Science in NGSS). Words like “theory” and “proof” get thrown around in everyday conversations and mis-used in the media all the time. To ensure our students become critical consumers and informed citizens, it is up to science educators to provide them with a more accurate conception of what counts as science and how scientific knowledge is generated.

In this blog, I debunk 6 Common Myths About Science, provide 9 Core Ideas of the Nature of Science (which would make a great anchor chart for your classroom!), and include links to lesson activities that are sure to deepen student understanding of science.

MYTH 1: The Scientific Method is the basis of how all science knowledge is developed:

While this is often how scientists write up their research, they do NOT follow a linear sequence of steps to arrive at new knowledge. In actuality, scientists use a wide range of methods. While some ideas may be best tested by carrying out a controlled experiment in a laboratory, other investigations may involve careful and detailed observations of the natural world or a combination of approaches. “Scientists do use deductive reasoning, but they also search for patterns, classify different objects, make generalizations from repeated observations, and engage in a process of making inferences as to what might be the best explanation. Thus the picture of scientific reasoning is richer, more complex, and more diverse than the image of a linear and unitary scientific method would suggest” (p. 78).

MYTH 2: A hypothesis is an “educated guess”:

The word “guess,” even if described as “educated,” implies a strong sense of uncertainty. In reality, scientific hypotheses are founded on prior research, background knowledge, and logic. Moreover, unless they have explanatory power (i.e., they explain phenomena), students are simply stating a prediction.

Below is an example of how a prediction differs from a hypothesis. Note that the scientific hypothesis provides us with a sense of WHY the phenomenon occurs and is testable (we know what we can expect in a variety of situations). On the other hand, the prediction is merely an expectation based on a hypothesis.

MYTH 3: Hypotheses turn into theories, which turn into laws: 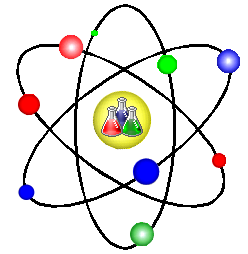 Theories and laws are two FUNDAMENTALLY different types of scientific knowledge. Laws describe relationships we see or perceive in nature (e.g., Law of Gravity), while theories are explanations that best account for the available data (e.g., Atomic Theory). While a hypothesis may progress into a theory or a law (with sufficient supporting evidence and acceptance by the scientific community), a theory cannot develop into a law (or vice versa).

MYTH 4: Science is a body of proven truths and facts:

Science doesn’t prove anything! The goal of science is to develop explanations that account for the data. Scientific theories and laws only become accepted as such after multiple lines of rigorous research and scrutiny. Evidence can SUPPORT or REFUTE scientific knowledge, but cannot completely prove or disprove something to be true. Scientific ideas are not absolute; they can be changed if warranted by new evidence and reinterpretations of existing data.

MYTH 5: Science is objective and unbiased:

The research questions we pose, the investigations we carry out, and the interpretations we make are filtered through our currently accepted laws and theories. Furthermore, our prior experiences, values, and agendas influence what we decide to research, which studies receive funding, and how we carry out our investigations.  Given this reality, the scientific community does seek to be as objective as possible and works to minimize bias through peer-review, collaboration, and replicability.

MYTH 6: There is no room for creativity in science:

While scientists follow strict protocols for ensuring their research is replicable and reliable, creativity is essential to the scientific endeavor. Scientists need to be able to think outside the box to come up with alternative hypotheses, to plan a new way of investigating an idea, or to look at existing data through a new lens.

Nature of Science in NGSS: