In January of 2008, I began student teaching in the Washington, D.C. public schools. It was a transformative time observing most of, at the time, candidate Obama’s fundraising campaigns designed and developed through social media. Just three years later, my high school students watched as people — only a few years older than them — occupied Tahrir Square as part of the Egyptian Revolution and witnessed people demonstrating their Democratic right to protest in Zuccotti Park as part of the Occupy Wall Street protests in New York City — live, via Twitter. In those years, my students were still sharing smartphones and laptops as they were considered “luxury items” at the school. Fast forward to 2018, and 95% of teens surveyed by the Pew Research Center own or have access to a smartphone, up from 73% in 2014. According to the research from Pew, after social media, accessing news and information was the most important reason students said they required access to smartphones and computers.

A new analysis of a nationally representative three-wave survey of young people in the United States conducted between 2011 and 2015 identifies a clear disconnect between the lived realities of youth (and their near constant use of the internet) and school-based experiences with civic media. According to this study by Joseph Kahne & Benjamin Bowyer of the Civic Education Research Group at UC Riverside, the majority of youth do not have regular exposure to school lessons on navigating or interpreting digital media on civic topics. Only 36% of youth had at least one opportunity to learn effective methods of sharing their perspective online. This is key, given the realities of civic discourse, which is increasingly carried out not in Town Hall meetings but in Facebook groups and viral Twitter hashtags. It is no surprise then that only 10% of youth engaged in an act of targeted online political pressure on a politician or an institution, in the past year, with the same ratio sharing political articles or memes through social media.

The good news is that Kahne and Bowyer found that providing just one lesson on civic media in school, youth are significantly more likely to engage in online civic discourse. In addition, there are resources available to help educators keep up with the rapid need for civic media literacies. One resource that helps imagine the possibilities of 21st-Century civic education is the Educating for Democracy Deep Dive, which provides a comprehensive vision for the classroom. Another important thing to remember is that we can’t just teach about digital engagement, we need to actively help our students participate in digital civic engagement.

The Educating for Democracy Deep Dive includes links to classroom examples of civic engagement, such as Dr. Chela Delgado’s classroom in Oakland Unified School District where students learn how to evaluate and design infographics to represent their theories of change for a research topic. As part of their 12th-grade civics course and graduation portfolio, the students utilize the infographics they’ve created to share their work with their classmates, teachers, and school, but also a wider public audience. Students, with the support of their teacher, engage in participatory politics and navigate the development of their ideas through multimodal media and not just through the written or spoken word.

Another resource I wish I had back in 2008 is a framework provided by the Digital Civics Toolkit. I appreciate the organization of civic engagement into a cycle of participation that includes investigation, dialogue, voice, and action. The Toolkit includes a module for each element of the cycle: a conversation starter, themed activity sets, a closing reflection and background information on the context where the resources were developed.

As educators, we can ride the momentum coming with the 2018 mid-term elections and national interest in the 2020 presidential election and use it to encourage students to develop their modern civic education. Remember, just one lesson about civic media has a significant impact on student participation. Get your students involved by designing opportunities to create, circulate, and reflect on civic media in your classroom this year!

Jamie Gravell is a Ph.D. candidate in Education at UCLA and a Graduate Student Researcher with CERG. She was a 9th grade World History and 11th grade AP US History teacher, and a Student Government and Model Congress sponsor. Her current work utilizes critical sociocultural theories of learning to understand how teachers make sense of two related topics: civics and social studies education in the current educational context, and digital technologies in education. Jamie combines these experiences and interests into a dedication to teacher education and professional development that prepares teachers to engage students in authentic civic engagement in a digital age. 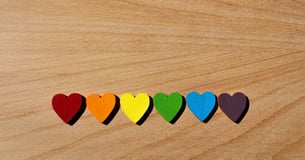