It was November of 1993 when we started packing the few items we had to join my mother in the United States.

My little sister and brother were lucky to make it to the U.S. in a month. Their father was able to bring them without any problems. They were able to spend Christmas with our mother and the family.

The journey from Guatemala to the U.S. was different for me and my two younger sisters. My mother made arrangements for coyote "smugglers" to bring us across the border. Mid-November the strangers came to collect us, but we trusted that they'd take us where we needed to go.

We were very fortunate that the group took good care of us during our travels. They gave us food to eat, a comfortable place to sleep, and we never needed anything. Still, we would wake up -- day after day -- wondering if that was the day we would finally reunite with our mother. 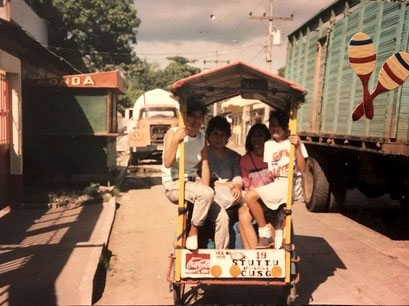 We traveled on land for several days. We rode cars, buses, trains, horses, and we also walked. We were desperate to see our mother. We weren't allowed to communicate with her at all -- or with anyone else.

Meanwhile, our mother lived in fear for two months -- not knowing where we were or whether we were safe. My experience as an unaccompanied minor was very stressful. I was unsure, at times, about what was going to happen. Yet, it wasn't even close to what others endure to make the journey to the United States. My sisters and I were very fortunate to have made the journey in safety.

Finally, the day arrived. We boarded a plane in Mexico City and set off to reunite with our mother. It was January 14th, 1994. We wore our best outfits and "our Mexican jackets" for our special day. 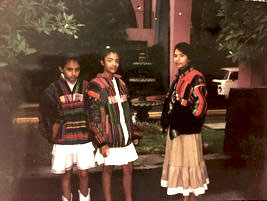 We arrived at JFK International Airport in New York City at about noon. We were to tell the officials at the airport that the gentleman who escorted us was our father. We were to say that we were coming to New York to visit family.

We went through immigration, showed our passports, and we answered questions. They must've suspected that I was being dishonest. Before I knew what was happening, they whisked us into a private room for further questioning. My sisters cried and I started to panic. We knew it was all over when we saw the authorities handcuff the gentleman who accompanied us.

The officers were relentless. They continued to question me and my sisters until we broke down and told them the truth. I told them my mother had paid people to bring us to be with her. I told them that we didn't have a family in Guatemala to go back to -- I begged them to please not send us back.

We were there -- confined -- for  12 hours. Tired. Scared. Hopeless. The questions kept coming.

My mother was in the U.S. with an illegal immigration status. It would’ve been over for us if she’d come to claim us. She knew that the moment she walked in, they would’ve taken her into custody. She knew they would've immediately made arrangements to deport us together.

It was then I noticed two older women -- my grandmother and her sister -- arguing with the immigration officers. They seemed to be talking about us because they kept pointing in our direction. I didn't know them because they'd lived in the U.S. and had little to no contact with my mother over the years.

As American citizens, our grandmother and our great aunt fought for us and claimed our lives. They made sure immigration knew sending us back was not an option since there was no one to take care of us back home.

After several hours of negotiation, my grandmother resolved the problem by claiming my mother and her children. As a citizen, she took responsibility for caring for us and providing for us. She also worked with the immigration office to make available the documents required to allow us to stay in the U.S. with a legal immigration status.

After pictures, fingerprints, and signatures, we walked out of the airport on a cold winter night and into a yellow NYC cab. That night we were able to hug our mother and sleep together under the same roof after two long years.

​Finally, we were together again and happy. 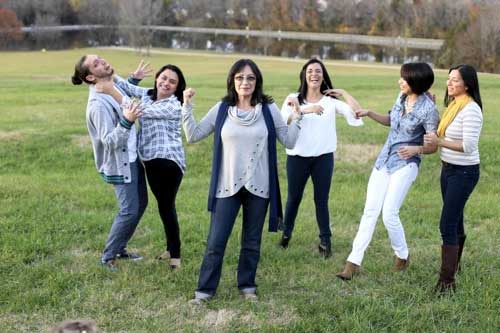 And 23 years later, we’re still together -- and still happy.

Astrid Emily Francis is an English as a Second Language teacher at W.M. Irvin Elementary School in Concord, North Carolina. She serves students from kindergarten through fifth grade with various English proficiency levels. Emily’s experience as an English Language Learner inspired her to become an ESL teacher and has equipped her with a deep understanding of the challenges her students must overcome to find success. Emily earned a BA in Spanish and a MAT in ESL from UNC-Charlotte. She serves as a professional development facilitator, motivational speaker, ESL PLC lead, teacher liaison to the Cabarrus County Board of Education as Teacher of the Year 2016, cooperating teacher, and mentor to beginning ESL teachers. As a leader, Emily’s focus is to inspire students to dream more, learn more, do more, and become more. Emily is a member of Teaching Channel's Fab Five ELL Squad.