I’ll never forget the last day I walked out of Martin Van Buren High School. The tears rolling down my cheeks weren't happy tears as I once imagined. Instead, they were tears of sadness, disappointment, and frustration. I wasn’t going to graduate from high school.

I earned every credit required for graduation. I gave everything I had as a newcomer. I learned the language. All these efforts... and nothing to show for them.

Having a career and becoming a teacher now seemed like an impossible dream to achieve. The sense of failure was so strong within me. For the next six years, I suppressed everything I knew to be true about myself.

But in the end, my failures have been nothing more than a detour on the path to reaching my goals.

In 2000, I moved to North Carolina and worked as a cashier at Bass Pro Shops. I was proficient in my work and I was quickly promoted to team leader and later, customer service leader. Being a cashier was a fun job, and it was paying my bills. But the desire to have a career and to become a teacher wouldn't fade. My aunt Rosy, the same aunt who came to the airport when I was facing deportation, once again came to my rescue. She mentioned a local community college and encouraged me to find out about getting a GED. 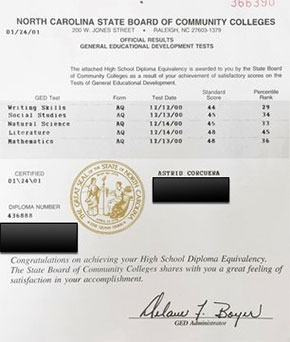 A Foot In The Door

In 2004, I took a leap of faith by submitting a college application to pursue an associate's degree. At the same time, I submitted an employment application to Cabarrus County Schools.

Clearly, because of my educational background and my few employment experiences, my choices for employment were limited. The instructions on the application were to choose three possible positions of interest. My first choice was a custodian, my second choice was cafeteria worker, and my third choice -- only because I had to have a third -- was teacher's assistant. I had great references, so I expected a callback. What I never expected, however, was a call from principal Corey Cochran to interview for a teacher's assistant position.

I played his message so many times to make sure I understood it correctly. Me, a teacher's assistant. No way!

It was the only call I received, so I scheduled an interview. During the interview, I met Angie Power, a first grade teacher who needed an assistant. I walked out of the interview discouraged because I didn't think I answered the questions correctly. I imagined my limited educational experiences were evident and I wasn't the right person for the job.

Then fate stepped in. The following weekend at the store, a co-worker's register wasn't working and customers were waiting. I rushed over to help and learned that one of the waiting customers was Angie Power, along with her husband. We greeted each other and hugged like we had known each other for years. We had a connection.

That evening she called the principal and asked that he hire me as her assistant. Thus, my career with Cabarrus County Schools began. 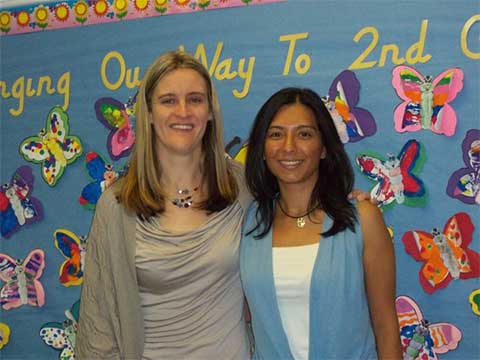 Angie took me under her wing and taught me right along with her first graders for eight years. I learned so much from her as an educator, but I also perfected my academic language right along with her students. I mastered many of the foundational skills of the English language in her classroom. She always made me feel like a teacher and always trusted me to teach her class. She valued my ideas and always encouraged me to continue my education.

Working as a teacher's assistant and bus driver, I earned my Associate's degree at Rowan-Cabarrus Community College. Walking across the stage to receive my first diploma was an experience I'll never forget. This accomplishment gave me back my sense of worth, and the feeling that I was a failure began to fade.

In 2007, I enrolled at the University of Charlotte to begin working toward a degree. My courses at the university were challenging. Keep in mind, the only schooling I'd had in the U.S. was three years of high school and the three years of community college. This is only six years of academic language -- relatively few when compared with my peers. I once had a professor say to me, "Writing like this, you'll never graduate college." A very sad statement written with red pen all across my essay. I'd like to go back to her today and say, "You were so wrong."

While completing my general education credits at the university, I hit another wall. I wasn't able to pass the PRAXIS I exam. A passing score on this exam was necessary to be admitted into the College of Education. If I couldn't gain admission, I couldn't take the courses I needed to be an elementary school teacher.

I took this test six times and failed every time. I was ready to give up. Another test was getting in the way of achieving my most desirable dream.

Then it hit me -- I realized that I was failing not because I didn't have the motivation or knowledge, but because I was struggling with the language. Instead of quitting, I needed to know how I could help students who were having the same struggles in school. I wanted to support students like myself so they could be successful. 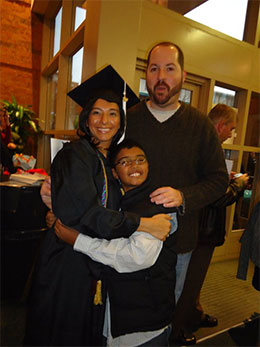 This is how I first learned about the TESOL (Teachers of English to Speakers of Other Languages) program. 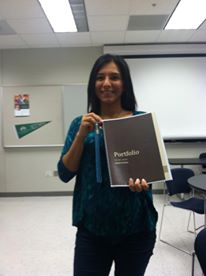 I interviewed in many surrounding counties, but in my heart, I wanted to teach in Cabarrus County Schools, the county that had first opened its doors to me. In July 2012, I received a call inviting me to begin my ESL teaching career at W.M. Irvin Elementary School.

I walked into room #167 telling myself:

You did it! You're a teacher now.

This is MY classroom. 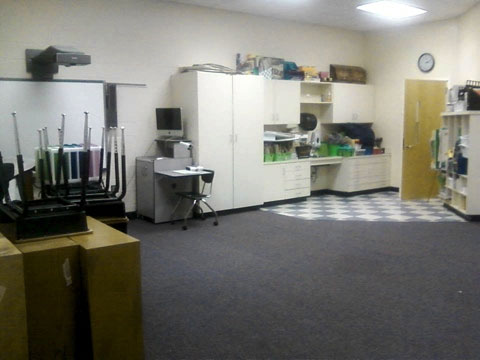 I embrace and cherish the opportunity I have each day to inspire my students. I create opportunities to build relationships and empower my students to believe in themselves.

I believe it's necessary to go above and beyond my responsibilities as an educator to reach out not only to my students, but their parents as well. I hold quarterly meetings with my students' parents to teach them about our school system and how to better support their children at home.

I also work to build rapport with mainstream classroom teachers. I help to lighten their loads by providing strategies and methods they can use in the classroom to better support our language learners. I also offer professional development on enlightening topics that not only make teachers better for language learners, but for all learners. 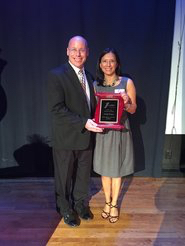 This is what I call "The Shining Wall." I choose to display these awards and titles in my classroom because I want my students to see that Sí Se Puede! -- Yes, it is possible! 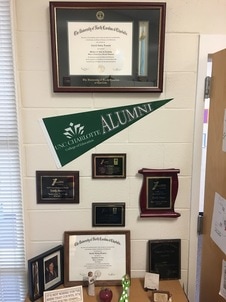 Being an ESL student and having a sense of failure shouldn't be an obstacle to achieving our dreams. Nor should a single test. Anything is possible -- and my story is the proof! 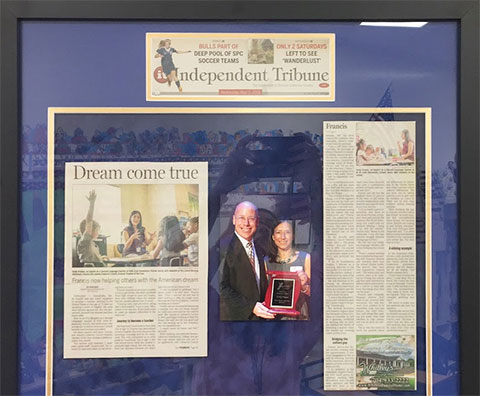 Astrid Emily Francis is an English as a Second Language teacher at W.M. Irvin Elementary School in Concord, North Carolina. She serves students from kindergarten through fifth grade with various English proficiency levels. Emily’s experience as an English Language Learner inspired her to become an ESL teacher and has equipped her with a deep understanding of the challenges her students must overcome to find success. Emily earned a BA in Spanish and a MAT in ESL from UNC-Charlotte. She serves as a professional development facilitator, motivational speaker, ESL PLC lead, teacher liaison to the Cabarrus County Board of Education as Teacher of the Year 2016, cooperating teacher, and mentor to beginning ESL teachers. As a leader, Emily’s focus is to inspire students to dream more, learn more, do more, and become more. Emily is a member of Teaching Channel's Fab Five ELL Squad.