Editor's Note: Emma Mathis, a student in Janelle Bence's freshman English class, is one of three students who have written and graciously allowed us to publish their thougths about the midterm elections. Their assignment was to take a 30-minute walk around their neighborhoods, take pictures of the political signs they came across, and reflect on the civic engagement around them. You can read Janelle's introduction to their assignment here.

This year, on November 6th, midterm election votes will be in and Texas will have a whole new state legislature. I took a walk on September 30th and took a look at the political signs I saw. I saw many signs for Ted Cruz (a major Republican Texas nominee who’s involved in the Brett Kavanaugh Supreme court ruling), a few signs for Beto O’Rourke (a major Democratic Texas nominee who may be one of the first Democratic wins in Texas’ Senate in decades), and barely any signs for Matt Rinaldi (a minor Texas Republican Senate nominee). 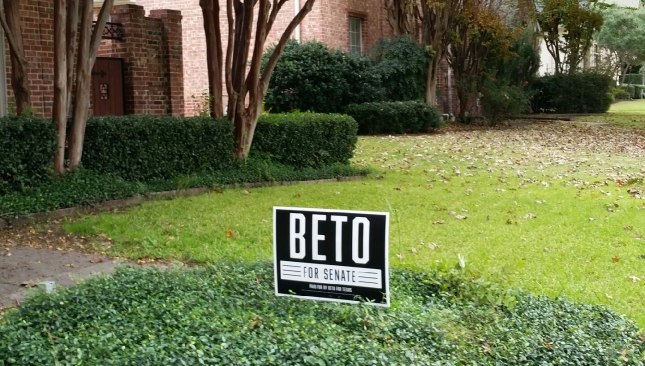 On my walk, I realized that many of the campaign slogans on the signs don’t tell you much about who the person is. For example, Ted Cruz’s signs say, “Texans are with Ted Cruz” or “Ted Cruz; Tough as Texas”. Many of the signs would also have both red and blue on the sign so it was hard to tell if the individual was republican or democratic. I believe this is because the nominees are trying to appeal to such a broad audience, but in the end, no one appeals to everyone's beliefs and standards. Of course, a campaign sign isn’t what should make your final decision on who your voting for and you should always do additional research before voting, but I think it would be helpful if the signs gave you general information about the nominee.

Later during my walk, I came across a Matt Rinaldi sign and realized his sign was exactly what I was talking about. It included his name (like most signs), that he is trying to be reelected and has previous experience in the government, that he’s conservative, Republican, and what his two “key” goals for Texas are. I think the way he formatted his sign was really helpful and I wish that other nominees would format it as such. I mean if you’re going to spend thousands upon thousands of dollars on these political signs, you might as well make the signs useful.

Midterm elections are a very big deal, and this year’s election in Texas is getting quite the hype. If you’re eligible to vote, remember to do your research on your state’s candidates and register to vote before your state's deadline! 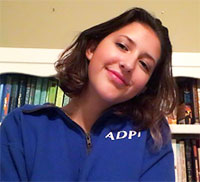 Emma Mathis is a freshman at New Tech @ Coppell High. She tries her best to stay educated on important political issues and is very passionate about LGBTQ+ rights and the growing issue that is gun violence in America. Other than politics, she is involved in her school district’s band program and has a huge place in her heart for animals, art, and reading.