#TeacherLove: The Person Who Changed My Life 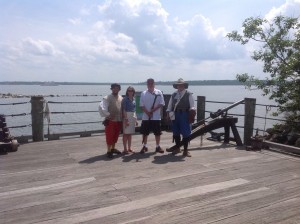 As I've been watching CNN over the past month, I've been very interested in their feature "The Person Who Changed My Life." It's a retrospective series where studio personalities talk about people that have had a profound impact on their lives. Some of us were lucky to have come from families that were both loving and supportive. However, there are those of us that were twice blessed in that we also had our lives influenced by another individual that caused us to go down a totally different path then we would have ever imagined.

I was 18 years old and had just completed my first year of studies at Wright State University. I came from a fairly modest upbringing and was the first person on either side of my family to attend college. As such, I was bound and determined that I was going to graduate with a degree in political science and then proceed immediately to law school. My primary objective was to make enough money that I never had to worry about paying a bill at the end of the month.

To help achieve these goals, I was working at a court reporting firm to not only earn money for tuition, but to also build a supportive network. I had it all figured out. At least, I thought so...

My cousin was in eighth grade and was playing middle school football. He seemed to be having fun and I found myself missing being part of a team. That's when I called the football coach and offered to volunteer my services for the season. He was receptive, and so began my friendship with Jeff Whitt.

As many educators from the inner city can relate, many of the young men on our team lacked a male role model and had 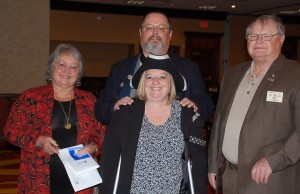 home lives that were tenuous at best. I watched Coach Whitt as he worked with each individual, not only on the football field, but in the classroom as well. He was the one that would not only teach them about the Xs and Os, but would also drive them home when their ride failed to show up after practice. At the end of the season, it was amazing to see how galvanized this group of 35 student-athletes had become. Not only did we only lose one game in an ultra-competitive conference, but virtually all of our players maintained solid grades and managed to stay out of trouble.

After the football season, he spoke with the athletic director and I was brought onboard to coach seventh grade boys' basketball. Jeff was the eighth grade coach. I witnessed more of the same. He may have had a gruff exterior, but he really cared about these kids... and they cared about him. Watching Coach Whitt made the 19 year old me question my priorities and redefine my goals. By the end of my sophomore year, I had switched majors to elementary education.

Through my collegiate career, he provided tons of advice and guidance with course selection. I remember telling him that I was going to select Secondary Social Studies/World History as my concentration, and thinking that he would be happy that I was following his lead. He looked at me and barked, "Why would you do that?!? Get a job first and then you can always change. Go Elementary Education with Math or Science and you will definitely get a job right out of college." I listened and then "settled" on Elementary Science. At this point in my career, I'm very thankful that I asked for his advice.

After college, he helped me secure a job at the same middle school where I'd been coaching. Not only were we in the same building, but my room just so happened to be conveniently located next door to his. Never shy with opinions, he always let me know how I could improve. Although never overly critical, we definitely had a player/coach relationship. While his words were helpful, watching him interact with his students was even more impactful. He never missed a day of school. He was always prepared. Most importantly, he talked to his students as if they were real people... he was empathetic. He encouraged them to participate in extracurricular activities and most importantly, gave them a nudge in the rear when they failed to meet his expectations. Failure was not an option in his class. Even as he valiantly fought cancer over the last few years of his career, he still did everything he could to hold himself to the same high standards that he expected from everyone else. Needless to say, I learned a lot. 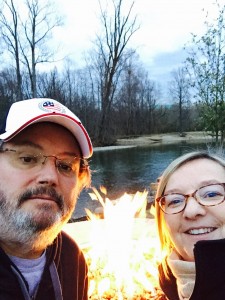 After 22 years of coaching, and then later teaching with the "Grumpy Bear," this is my first year flying solo. Jeff is now officially retired. While I LOVE teaching more than ever, it's not the same. It's weird not walking down the hallway during planning period to eat pretzels while discussing school, sports, and life.

Last week, we started to prepare for our annual eighth grade trip to Washington, D.C., Jeff's favorite week of the year. It was always the two of us with 44 students on a bus visiting amazing cities along our nation's east coast. Along the way there were history lessons, funny hats, inside jokes, and karaoke contests. Helping plan for this year's trip brought back many wonderful memories. That's when it really hit me. Teaching is an amazing profession. It's full of wonderful people who lift each other up and push each other forward. Why do we do it? Certainly not because it's easy or it makes us rich, but rather we want to make a difference. THANK YOU to all of the mentors that remind us of what's truly important in life.

I would also like to thank all of you for allowing me to indulge myself and break free from the world of engineering and science for a brief moment. I hope that you enjoyed this blog. If you had an incredible mentor, please feel free to recognize them. There are some wonderful people out there...