We all have books that come to us at one time or another, as though they've chosen us instead of the other way around. Several years ago, just before I was named National Teacher of the Year, I came across "Talent is Overrated: What Really Separates World-Class Performers from Everybody Else," by Geoffrey Colvin. This occasion filled me with doubt and uncertainty because others used words like "best" or "winner" to describe me. In my mind, I kept thinking words like "representative" or "selected" more aptly described the honor, but I couldn't find a way to explain the difference in semantics, which was so palpable for me. And then I read this book. In it, Colvin argues that there really is no such thing as talent (yes, of course, people have predispositions to this or to that) but, rather, it's the precision of their practice which differentiates them from others.

The precision of their practice.

I mulled that over for a long time because I quickly understood this was not the same as work ethic. Sure, I had worked hard at many things, but there were plenty of times where I had thrown all my efforts in the wrong direction. No. Precision of practice meant an ongoing commitment to the details of a craft. It meant practice and struggle and failure and recognizing successes in order to build on them. It meant constantly putting yourself in new situations where your skills would have to be tested anew and, therefore, sharpened and enhanced. Rather than being known as a talented teacher or even a hard-working one, I'd like to be known as a teacher who precisely practices her craft in a way that forces me to keep stretching, keep striving. 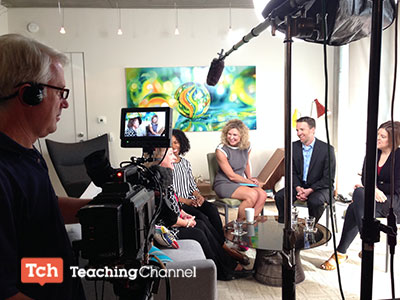 Of course, part of this precise practice means putting yourself in the presence of others who have cultivated different skill sets, who can remind you what it is you're striving for. Kind of like musicians at a jam session, all assembled to create something special because they capitalize on their strengths and pay attention to each other. Recently, I had the chance to be at the center of one of these "jam sessions" with four other former National Teachers of the Year. Together, we sat down and got honest about our profession, about the craft of teaching, about the ways we struggle and persevere.

In short, we uncovered the results of what happens when you devote decades to precisely practicing your craft. And I was in awe of them. As you meet Andrea, Mike, Betsy, and Kim I know you'll hear in their stories the pulse of four very different teachers with very different experiences, each determined to "do it better tomorrow." But you won't hear them give you answers or easy solutions. You won't necessarily hear them agree either -- unless they are talking about their students or about the grit necessary in this profession. And then you'll know these aren't the "best," they aren't "winners," they're REAL teachers just like you and me, working each day to make a difference. Watch a highlight from The Roundtable here. Watch the full-length Roundtable feature here.