“Luck is a matter of preparation meeting opportunity”

The ice and snow are starting to melt, the flowers are starting to poke their heads through the dirt, and if your students (and honestly teachers, too) are anything like ours, they’re starting to focus on the golden sunshine of spring break on the horizon. As luck would have it, elementary, middle, and high school Teaching Channel Squadsters came together to explore patterns of inheritance with a clover theme -- just in time for St. Patrick's Day!

Elementary classrooms can investigate fingerprints as they relate to the variation of traits.

The elementary school standards that can be easily applied to this phenomena are: 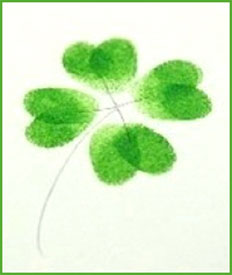 Fingerprints may look similar, but no two fingerprints are the same. Fingerprints develop before we’re born and are composed of several layers of twisted skin that create patterns. All fingerprints are a combination of patterns that have been identified as ridges, loops, whorls, and arches.

According to legend, the leaves of a four-leaf clover represent hope, faith, love, and luck. These are the ingredients that hold my family together and that's where the inspiration came from for this family investigation. I asked my students to create a four-leaf clover with their family using fingerprints and compare the prints to determine if there are any inherited patterns.

Here is the handout that was sent home for the investigation: My Family Four Leaf Clover

As an extension of this investigation, you can have a Four-Leaf Clover Hunt

"I have hidden a clover just for you and detective work is what you must do. My fingerprint is unique to me, so don’t be fooled by what you see. Find the print that matches mine and you will truly be just fine. Good Luck!"

Students become clover detectives and move around the classroom trying to match a Leprechaun print to one of the prints in the room. Students will need to pay close attention to patterns and provide evidence for their thinking. Here is the Clover Challenge

Is it Luck or is it a Mutation?

Scientists are often baffled by Trifolium repens L., also known as the clover. This typical three leaf plant can sometimes have a rare, genetic mutation and produce a four-leaf clover. As a matter of fact, according to Guinness World Records, there was a clover with 56 leaves found in Hanamaki City, Iwate, Japan in 2009. The actual genes responsible for this mutation are a mystery, but some scientists believe that the mutation is caused by environmental factors such as weather conditions. 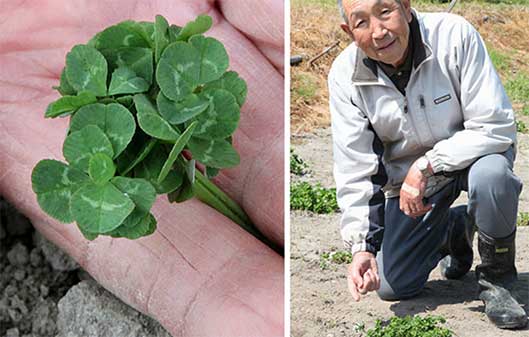 The middle school standards that can be easily applied to this phenomena are:

When asking this question, students get caught up in a debate where they can typically justify why it could be harmful, beneficial, or neutral for the plant. However, I try to help facilitate the conversation to the ultimate goal of all living things: survival and reproduction.

When students approach the question with that lens, their conversations tend to be more scientific argument with evidence, as opposed to 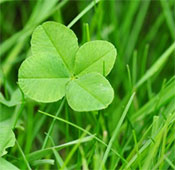 developing opinions. We can then talk about how more leaves might impact other organisms in its environment, pulling in NGSS standards about ecosystems.

A great way to show students how this works is to create a DNA strand and translate it into amino acids. This helps them make the leap to amino acids sometimes creating physical traits that are expressed, such as three leaves or four leaves. It’s important to tell students that this is a simulation, not actual DNA from a clover.

Notice the DNA for each clover is slightly different (a mutation), which ultimately can cause a different amino acid sequence. What I’ve done with my students is give them some pieces of the information, but not all of the information they will need, and then have them work “forward” and “backward” in the process. However, I’d only do this after practice with other genes, in activities like Snorks. 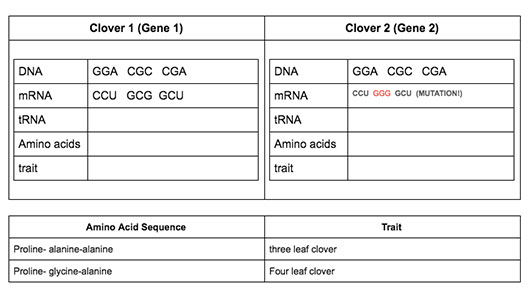 We could also discuss probability here, as Scientific American states that only one in 10,000 clover plants actually have four leaves. This can lead to a conversation about randomness and probability, which connects well with Punnett squares. The options are endless!

3 Leaves of the Clover, 3 Dimensions of NGSS

Clover’s Poison Pill: The Genetics and Evolution of Cyanide Production in Clover

While we humans may spend our time combing through our lawns for the elusive four-leaf clover, if you’re a small 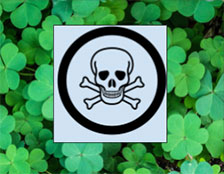 herbivore, such as a snail or slug, beware -- these plants could be toxic.

It turns out that the innocent looking clover plant can produce cyanide. Producing a poison like cyanide is actually a common defense mechanism in plants. Other plants such as apples, almonds, lima beans, and flaxseeds also produce this toxin. Cyanide disrupts cellular respiration and can lead to death.

In clover, the production of cyanide, or cyanogenesis, is controlled by two genes.

When an unsuspecting herbivore starts munching on this clover, the cell is damaged, releasing both the enzyme and the cyanide-containing sugar, and the reaction between the two molecules releases the cyanide.

In an investigation that combines classic Mendelian genetics, population genetics, and natural selection, students can explore the genetics of clover in their local environment. Using a special test paper, known as Feigl-Anger paper, it can be determined if clover plants contain the gene for the cyanide-containing sugar, the enzyme that breaks down the sugar, or both. The production of cyanide varies by location. Students can look for patterns in the data and explore the advantages and disadvantages of cyanide production in different environments.

Through a grant from the National Science Foundation, teachers can request access to the lab materials for free and students can contribute their research to a national database exploring clover genetics. To learn more, visit The Clover Project.

It would be great to talk in person at NSTA! A number of Teaching Channel’s Next Gen Science Squad will be attending Science on My Mind, March 15 – March 18, 2018, where we’ll be learning with you and sharing our experiences. You can find us throughout the conference and at the NSTA Share-a-thon.

Until then, follow us by visiting our Deep Dive or by engaging with other blog posts from our NGSS Squadsters. And keep an eye out for our “Squad in Action” videos on Twitter: #NextGenSquadinAction. Sign up here to get support and resources from the Squad and let us know how we can help

Sandy Cappelli is a first grade teacher at Horgan Elementary School in West Warwick, Rhode Island. She’s been teaching for 27 years. She is a Rhode Island Federation of Teachers NGSS Facilitator, AFT National Thinking Math K-2, and Google Apps Trainer. Sandy is a Lead Teacher in her district and Peer Evaluator. She’s a member of Teaching Channel’s Next Gen Science Squad and AFT Next Generation Science Standards Review Team. Connect with Sandy on Twitter: @scappelli3, or visit her blog: My Chromebook Adventures in First Grade. Susan Lyons is a middle school science teacher, Project Lead the Way (PLTW) Master Teacher, AIW Local Coach, and National Board Certified teacher at Pella Middle School in Pella, Iowa. Susan has been teaching secondary science and PLTW since 2000, and is a graduate of Central College and Nova Southeastern University. She currently serves as one of the district’s AIW coordinators, is a member of the district leadership team, and the State of Iowa’s Science Leadership Team. Susan is a part of the Tch Next Gen Science Squad. Connect with Susan on Twitter: @mslyons7207. Kathryn Davis is a science teacher in Hood River, Oregon. She has been teaching science for 14 years. Kathryn is a Stanford University, Washington University in St. Louis, and Teach For America alumni. She is an Oregon Science Project NGSS Learning Facilitator, Amgen Biotechnology Experience teacher, and received the Oregon Science Teacher’s Association “Outstanding Classroom Teaching Award” for High School. She is excited to be a part of Teaching Channel’s Tch Next Gen Science Squad. Connect with Kathryn on Twitter: @biokathryn.