Editor's Note: This is the second of seven blogs from our friends at the Right Question Institute and the teachers that have utlized their methods and strategies. You can read the introduction and overview of the series here.

I’m proud to serve as the U.S. history teacher at the Gus Garcia Young Men’s Leadership Academy in Austin, Texas, a sixth- to eighth-grade, Title I campus. My students don’t always see themselves reflected in the subject I teach and don’t always feel like they have agency in their learning. With that in mind, I was on a quest over the summer of 2015 to find a way to give my students a voice in their learning. My only question was, “How?”

It is a challenge to cover nearly 400 years of history in seven months. I often feel like time pushes me to cover material too quickly and without the depth needed for true historical context and understanding. While scouring the internet, I stumbled upon the Right Question Institute (RQI) website and discovered information about the Question Formulation Technique (QFT). Thinking back to this by-chance encounter, I'm reminded of a saying by the art instructor Bob Ross: “There are no mistakes, only happy accidents. 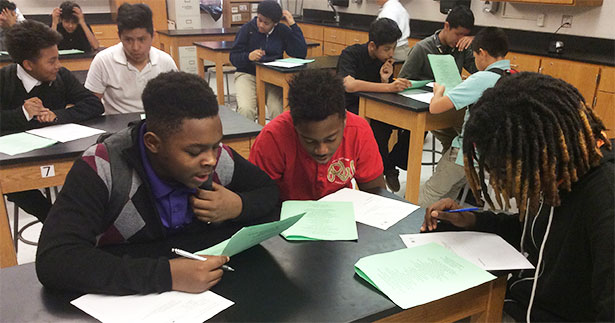 Once the school year started, I had all but forgotten about the Question Formulation Technique. Until one morning after quietly listening to me lecturing about the impact of Spanish colonization on Native Americans, a student, JT asked, “Mr. Brewster, how do we know all this? I mean, how do we know that this all really happened?” With that one question, I felt the power of student investment and remembered what I had discovered over the summer. That evening, I began to unpack the QFT for use in my classroom. I am so thankful I did, as I’ve seen my students become more self-confident and engaged in a learning environment where the acquisition of knowledge and critical inquiry is applauded instead of ridiculed.

Helping my students find their voice through questioning has led directly to their academic achievement. The level of student growth over the last five months has been unbelievable. Where before I was the only one asking questions, now my students openly ask their own questions and will often stay after class to deepen their understanding. As their knowledge of questioning grows, they have even come to comment on the level and types of questions that I ask them. In fact, I was a bit taken by surprise when, during a formative assessment, “That was a good question, Mr. Brewster,” rang out across the room. 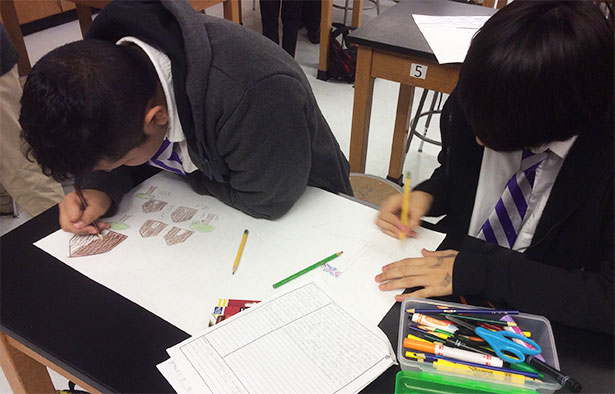 What is it that makes the QFT so impactful in the academic lives of middle schoolers? I believe it stems from giving value to their lack of knowledge. Schools have historically devalued adolescent’s lack of knowledge and inquisitive nature, often punishing or overlooking students who “don’t know.” The QFT model shifts that paradigm by encouraging students to ponder in a question-safe environment without fear of having asked something “stupid.” Questions are a way of life in my classroom, and my students know the importance of seeking answers to the things that make them wonder, immediately tying their own experiences into the curriculum.

The QFT is an incredibly versatile tool. An example of its versatility came when I gave my scholars the opportunity to question the 2015 Paris attacks. We had recently completed study of the American Revolutionary era and the students were quite intrigued by our alliance with the French, which led to discussion about our present-day relationship with France. The Monday following the attacks, I provided various political cartoons addressing the Paris attacks as their QFocus. They provided a jumping off point for students to question, dialogue, engage, and research the event. 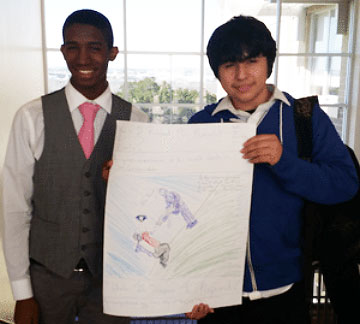 While some doubted that such a horrific topic could (or should) be addressed in a middle school setting, I assured them that the QFT method was just the vehicle to use because we had invested time in creating a learning environment that was a safe place for discourse. During the group research process, the students engaged in lively debates — including whether the United States should allow refugees within our borders — a topic especially relevant to Texans. I was transfixed listening to their well thought out arguments and their utilization of questioning during their discourse, such as, “What if that was you or your mother fleeing a country?” Student empathy is always powerful.

After they researched their questions, they created billboards to educate their peers on the tragedy. When the other three classes saw their finished products, they were excited to do their own QFT project. 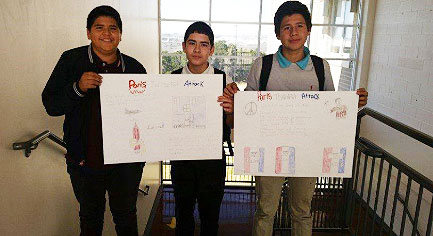 Students with the educational billboards they made for their final project

More recently, I gave untitled lyrics of “Alexander Hamilton,” from the Broadway hit Hamilton, to introduce the New Republic era, which led to the top rated question, “Why wasn’t this guy president?” Beyond that, I’m amazed at how it has changed the structure of my lessons. I now allow more time and opportunities for students to ask questions.

One of the most surprising outcomes of implementing the QFT regularly is how it can be used as a classroom management tool to engage students. I’m reminded of one particular Friday when students were constantly being removed from other classes due to disruptive behavior. I experienced none of these issues in my class thanks to the QFT. Students were eager to get to class once they knew it was a QFT day. The QFT helped to channel their energies into close reading and formulating their own questions. 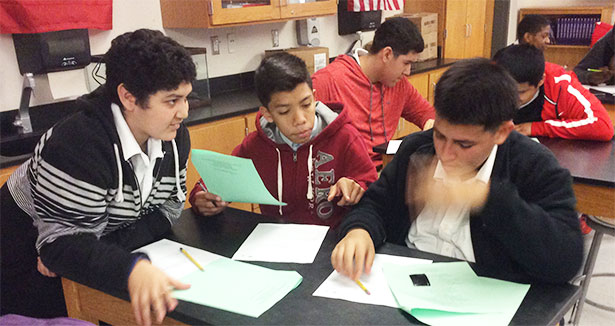 Since embracing the QFT, relinquishing control of the classroom discussion to the students was easy once they understood how to ask rich questions. I’m a firm believer in the growth mindset philosophy and learning from failure. Overcoming the challenge to give up control and let the students drive their growth has been transformative. It is truly inspirational to witness our young men exhibit a greater sense of pride, self-confidence, and even clap and bump fists when a classmate is able to articulate an answer to an open ended question. I think the words of my students says it best:

“I like creating as many questions as you can in a time limit without being judged because it lets my mind flow.”
— KB, Eighth Grade

Author James Brewster has had the privilege of educating middle school students for over 15 years. He currently teaches U.S. history and is piloting a section of The Big History Project at Gus Garcia Young Men’s Leadership Academy in Austin, Texas. There, he inspires students to take ownership of their own learning, fostering a growth mindset, critical thinking, creativity, and the courage to succeed.  He believes in the potential of his students to make a positive change in the world.

Written by The Right Question Institute

The Right Question Insititute is a nonprofit educational organization offering a simple, powerful strategy that builds people’s skills to ask better questions, participate in decisions that affect them, advocate for themselves, and partner with service-providers. RQI's teaching strategy allows anyone, no matter their educational, income, or literacy level, to learn. This blog was written by: Sarah Westbrook is a former high school English teacher who is now the Right Question Institute’s director of professional learning for the Education Program. Andrew Minigan is the Right Question Institute’s (RQI) director of strategy for the Education Program. As a part of Andrew’s work with RQI he is a co-principal investigator (Co-PI) on a National Science Foundation funded research grant to develop a strategy so researchers, including doctoral students and faculty in higher education, can learn how to formulate better, more transformative research questions. Chris Orchard is senior communications associate at The Right Question Institute. He helps develop and implement the organization’s communications goals and tell stories about the institute’s work and impact.