Shifting your Professional Network into the 21st Century

When I first became an educator, the term "network" had a different connotation for me when I compared it to other professions. In my mind, it implied we were supposed to reach out to other educators within our building, or perhaps at the district level, to exchange both ideas and resources.

After being selected to Honeywell's Educators @ Space Academy in 2006, my idea of an educator's network broadened to include educators not only in other states, but around the world. In fact, after realizing the opportunity, a few of us decided to make our own website to stay in touch and collaborate. It worked so well that my students participated in joint science experiments with students from other states, but they also helped set up an "American style" student council in Romania. 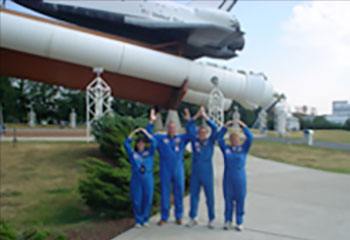 After seeing the value of collaboration, I was eager to be part of the initial cohort at the Dayton Regional STEM Center. This cohort included professionals from K-12 education, higher education, and industry, working together to develop STEM curricula for students in all schools. As a STEM Fellow, you participated in training which includes learning about the engineering design process, as well as touring labs at local universities and industry sites. Working alongside passionate individuals and seeing their amazing work environment was very inspiring. As an educator, I knew that I had to find a way for them to become part of my classroom. And that’s when things changed.

I had lived in self-imposed exile for far too long. I used to think that cross-curricular activities within my building were good enough, but when I saw the value that was added through these highly gifted engineers and scientists interacting with students, it forever changed the way I organized my units of instruction. My idea of a professional network was forever changed.

I started using sites such as LinkedIn to keep track of my professional contacts and building an even bigger network. Additionally, I started the practice of sending home a letter at the beginning of the school year outlining my course of study, which also invited parents to sign up as a potential volunteer/site hosts if their profession seemed to fit within the scope of our studies. Finally, I reached out to former students that were either in college or in their young careers for support. The response that I received was phenomenal.

As a result of leveraging my contacts, not only did the number of visitors coming into my classroom sky rocket, but my middle school students have been active participants and earned experiences that have been much more than just "field trips" at the following sites over the past 3 years:

Once your classroom develops the reputation of engaging the community, entities will search you out. As an example, I was contacted by Jason Kruger of Stratostar out of Indianapolis, Indiana. Even though his company is a couple of hours down the road, through reputation he found us. We worked together with my students to create experiments that would be attached to a high altitude weather balloon that launched into near space. Ovular objects (how fluids behave with changes in temperature and pressure), Dancing Confetti (a study in turbulence as well as sound waves at different altitudes), and the ill-fated AstroCrickets, were our way of conducting authentic engineering and scientific investigations for nearly a month. Our school organized a launch day in which all of the students in the building, as well as parents and local media, were invited to attend. We even had a mission control in which everyone could watch as the real time data from the sensors rolled into our classroom. 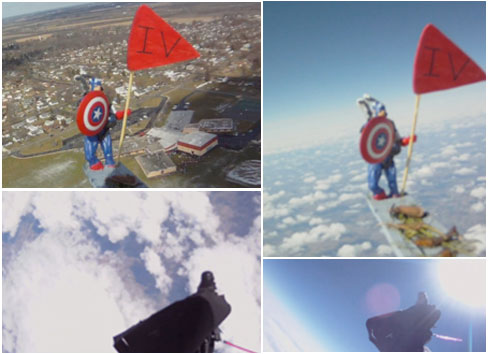 The day after our successful launch and retrieval, one of my students -- a 12-year-old girl who was very quiet -- came up to me and said, "You know Mr. J, I had a great moment yesterday. When my dad came home from work, he asked me what I did at school today. I said nothing big. I just helped launch a weather balloon over 62,000 feet into near space. 'What did you do?'" On that note, we both smiled then chuckled, and I knew that my extra efforts to reach outside of my classroom walls were well worth the time.