Professional Conversations Around a Tch Video

As teachers, how do we learn in and from practice?

One way is to study practice, both our own practice and that of others. In this blog series, I’ll share some of the ways I learn in and from practice, focusing on student learning and the intersection between teaching and learning. Centered in my work as an elementary teacher and math coordinator, I’ll write, and sometimes co-write with colleagues -- this week with Nick -- about some of the experiences I’ve found most useful for my own learning and practice. Each blog post will include a framework or questions to engage and support others in implementing these ideas and inviting ongoing collaboration.

Have you ever really thought about how watching a Teaching Channel video can contribute to your professional learning?

In our work together as colleagues, we often use video to dive into the details of children’s thinking and to explore teachers’ in-the-moment decision making. Nick and I recently watched a Tch video clip that features a kindergarten class engaging in a true/false routine. As we watched the clip together, we thought about some of the different ways we saw students participating, what we learned about their thinking, what we wondered about, and we reflected on how the teacher supported the conversation.

As we watched the clip together, we paused after each equation was posed and considered how students might respond. For example, after the teacher posed the equation 5=5, we thought about some things kindergarteners might say, and the mathematical idea that might be underneath the response. A few of our thoughts:

We then returned to the clip and watched what unfolded, sometimes seeing things that we had anticipated and other times things we hadn’t thought about.

We also noticed some of the teacher moves and how those moves could support students.

At one point, the teacher said, "Does anyone have a question for him or want to comment on that?" After a student commented, the teacher returned to the original student and asked, "What do you think about that?" We thought about how these questions communicated that students’ ideas were important and how, over time, opportunities like these would help students to listen to each other and to engage in each other’s thinking, even in kindergarten!

We appreciated the teacher’s consistent focus on eliciting students’ ideas. It was interesting to think about some of the things students said that we were unsure about. For example, when discussing 5=5, a student said:

We were curious about this student’s response. Was she saying that she thought the number sentence was true because there was no operation and therefore, 5 is the same as 5? Was she saying that 5=5 didn’t really tell us anything, that nothing was happening so we might as well just leave a 5 by itself? We began to think about different follow-up question(s) we might ask to clarify what she meant by building on something she said, like:

Next, the teacher posed the equation, 5=2+4, and a variety of student ideas surfaced. Student responses included, “4 and 2 can’t make 5“ and “it’s backwards.” While both of these responses were given as reasons why the equation was false, we wondered about the understanding of the = sign that was being suggested.

How would students that had given those two responses think about 6=2+4? Would the first student acknowledge that 4 and 2 can make 6? Would the second student consider this equation backwards because the sum and equal sign come before the addends? We thought this might be an interesting point to propose an additional equation, and considered including 6=2+4 or 5=2+3. If one of these equations was inserted, what might have happened?

So What Did We Learn?

Is there something that we’d like to go back and try with a group of students? There were so many interesting mathematical ideas that came up, but it might be overwhelming to try and pursue them all.

Would we want to include an open number sentence like 8 = 4 + ___ (see Thinking Mathematically: Integrating Arithmetic & Algebra in Elementary School by Carpenter, Franke, & Levi, 2003 or read the True/False Primer for more about using true/false and open number sentences).

Or perhaps we want to focus on representing students’ ideas on the board by writing equations to match their thinking? Selecting a focus, experimenting, and reflecting on the experience is one way to learn from teaching.

Ready to get started?

How do your students think about equations? What are you curious about? What equations might you pose to find out?

We would love to continue the conversation! Share with us what you tried in your classroom and what you learned. Share your ideas by reaching out to us on Twitter!

Jody Guarino is former National Board Certified Elementary teacher and is currently a Mathematics Coordinator for Orange County Department of Education in Orange County, California, where she supports teacher and student learning in elementary grades. During her 24 years in education, she has taught elementary grades as well as graduate students preparing to become teachers. Jody is a member of the Illustrative Mathematics Content Leadership Team, Student Achievement Partners State Co-Captain, and a Lecturer at University of California, Irvine. Follow Jody on Twitter: @jody_guarino. Nick Johnson is a former classroom teacher and math coach. Currently, he is a researcher and teacher educator. Nick's interests include children's mathematical thinking and how teachers leverage children's thinking in their instructional practice. He is currently a postdoctoral scholar with DREME TE at UCLA. Follow Nick on Twitter: @carrythzero. 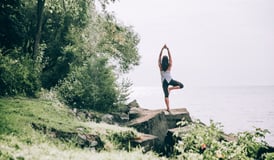 Strategies for Prioritizing Self-Care This Year

Strategies for Prioritizing Self-Care This Year