Growing up, I was a struggling reader. I had trouble retaining what I read even though my fluency was impeccable. So it's no surprise that in school, I gravitated towards math. I was the "smart" math student. On timed tests, I would be the first done and would turn my paper over with a flourish as I publicly displayed my quickness. 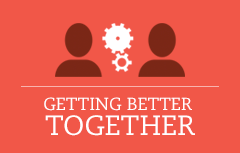 The next few years were more of the same: memorize algorithms and apply them as quickly and efficiently as I possibly could. I became very accustomed to the process.

I remember, though, shopping in a store with my mother and trying to determine a discounted price. I would literally find a piece of paper in my bag, write down the problem, and solve it. My mother would look at me puzzled, wondering what had taken me so long. She used different mental strategies and could quickly apply math -- and she was more accurate and faster than I was.

The fact that I struggled so much on real world applications in math always stayed in the back of my mind. And then I met Ruth Parker.

I remember Ruth leading a group of us in a number talk -- a short, daily routine that provides students with meaningful ongoing practice with computation -- and asking us not to use our pencils. Was she kidding? I was horribly addicted to pencil and paper. I solved everything with memorized algorithms. I knew it was going to be a challenge. I remember one of the first number talks was related to subtraction. Wanting to use borrowing, I literally imagined the algorithm in my head and tried to do some "air borrowing" with fingers behind Ruth's back. I got three different answers as I attempted to solve the problem.

During the share-out time, I watched as other teachers articulated strategies that actually made sense. Their strategies were efficient, easy to use, and the reasoning behind why they did what they did was clear. I started trying out my classmates' strategies and within a few number talks, I finally felt that I was making sense of the math behind subtraction.

Confronting My Own Tendencies

When I became a teacher, I realized that before I could begin number talks in the classroom with my students, I had to confront my own tendencies, my own insecurities, and my own practices that were leading to memorization over sense-making.

In the three years since my first number talk with Ruth, I've challenged myself on a daily basis to think about numbers differently. You won't find a sticky note in my purse or me "air borrowing." I have efficient strategies and they make sense to me. Moreover, I have seen this happen for my students. Those kids who were previously paralyzed by memorized algorithms now have the tools to solve problems critically. By using clear explanations, students are becoming more precise in their language, which also helps to deepen their understandings. They are constructing viable arguments in order to convince others that their processes makes sense. This instructional method sets the stage for rich tasks that allow for deep thinking and conceptual understanding. And it's in these number talks that I see the Standards for Mathematical Practice come to life.

With only one year of number talk implementation behind me, I am very much a novice. I've begun to see their value for my students. Yet, I have little confidence when a number talk seems to bring about incorrect number sense. I wonder how -- and how much -- to question an individual student. I wonder how to pick the just-right number talk.

With the help of my fellow Teaching Channel Laureate, Kristin Gray, I've decided to launch a Making Number Talks Matter Book Study, which will take place on social media and on Teaching Channel Teams, and is based on the book by Ruth Parker and Cathy Humphreys. I hope to receive feedback and insights that improve my daily practice as I post reflections and videos of number talks I've led. I plan on being vulnerable, documenting number talks that didn’t go as I had anticipated, and using these "real life" moments to connect and grow with colleagues like yourselves. (I asked my students what they wanted filmed and shared. They said the number talks where it almost feels like a debate, where the answer isn’t clear, and they're struggling in sense making.)

Also as part of the book study, I'll be meeting with Ruth herself to analyze a number talk of mine and give me feedback. I want to show that rich feedback is imperative for me as I continue to grow as an educator. I want my confidence in responding to and documenting student thinking to increase, with the overall goal of having a positive impact on my students' learning.

On October 5th, we begin our 11-week journey with over 500 teachers, from all over the world, on the Making Number Talks Matter Book Study. The group ranges from teachers, to instructional coaches, to consultants who live and work in the United States, yes, but also Australia, Singapore, Saudi Arabia, and the United Kingdom. More colleagues than I could have ever imagined are joining us on this journey! (See the map of registrant locations below.) 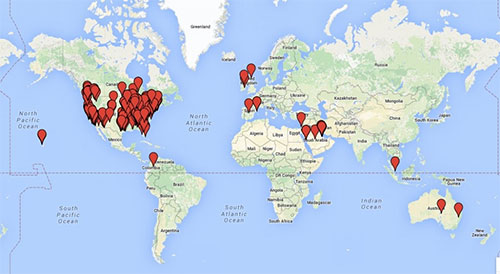