Hello Darkness: Light Bulb Moments for the Longest Nights of the Year

There are many teachers who serve as sources of inspiration in our lives, but the one that we hope to emulate most is undoubtedly Professor Albus Dumbledore, of JK. Rowling's Harry Potter series.

During this hectic holiday season, as the days are shrinking but the pile of grading is not, we cleave to his wise words:

“Happiness can be found, even in the darkest of times,

if one only remembers to turn on the light.”

― J.K. Rowling, Harry Potter and the Prisoner of Azkaban

As Gretchen Vierstra recently pointed out, teaching in December can be tough.

Many of us find ourselves at school before the sun makes its grand appearance and are still there long after it quits for the day.

What is it that's causing the daylight hours to hasten by, providing us additional hours of darkness?

Is there a way to embrace the "Darkside" of the season, while still resisting the negative forces at work?

Whether you're looking for ways to get students engaged with the darkness around us during this time of year or enamored with the bright lights of the season, here are some tips and tricks to use around the solstice to help students embrace phenomena and enjoy the holiday season.

The Science of a Solstice

This time of year, it can feel like there aren't enough hours in the day to get everything done, and there's an astronomical reason for that feeling: the days are getting shorter (in the northern hemisphere).

The Earth, while approximately a sphere, isn't traveling in a perfectly vertical fashion. While many of us envision the North Pole -- Santa and Elves included, especially during the holiday season -- at the top of the Earth, the Earth is actually tilted approximately 23.5 degrees as it travels around its elliptical path. Due to this tilt, latitudes in the northern hemisphere are tilted toward the sun in summer and away from the sun in winter. This affects what part of the Earth is illuminated and, as a result, we experience fewer hours of daylight during the winter months. The shortest of these days is called the Winter Solstice (December 21st). The shortest day also means the longest night. 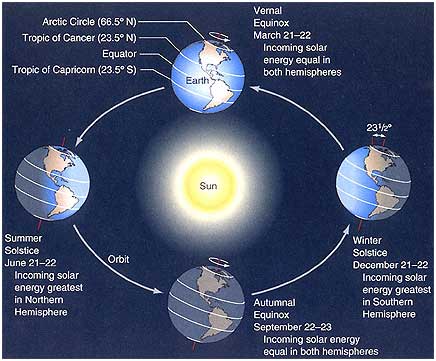 Embracing the Dark Side

We learn that the tilt of the Earth is responsible for the seasons and the change in the amount of daylight, but this can be a little tricky to visualize. Why not have students build and test models of how this is possible?

To model this concept, all you need are some flashlights and mini-"Earths" (balls). Using a ball to represent the Earth, you can show that as the Earth revolves around the sun (a flashlight), if the tilt of the Earth is kept constant, the amount of light changes depending on where you're located on the Earth’s surface.

Collaboration Across the Continent

Latitude plays an important role in how much daylight different regions of the Earth receive.

As the seasons change, the angle of the sun in the sky will also change.

This time of year, we've all had those moments when you're looking at a package that you know you're not supposed to open, but you just HAVE to know what's inside. So you pull out every trick in the book, from shaking it at different speeds, to lifting it up and feeling around for any bumps or seams that might give you a clue to the secrets within. Why not capture that moment of curiosity with a mystery box?

It’s hard to see in the dark, and yet some animals, like bats, have adapted to make the most of this environment. Students can use Go!Motion to understand bats’ echolocation. 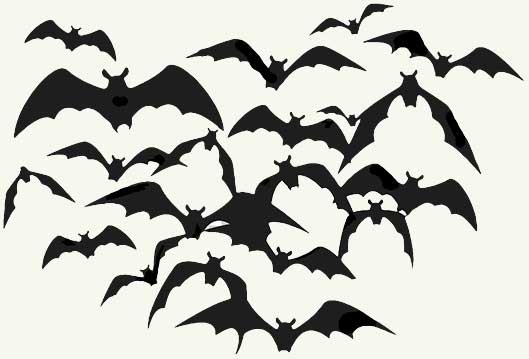 Embracing the Light Side

Wintergreen candies emit a blue glow when you eat them (a phenomenon that students can really sink their teeth into), and this happens for two reasons. First, as you break a sugary hard candy with your teeth, it emits a very small amount of UV light that the nitrogen in the air absorbs and then re-emits as light we can see. This is called triboluminescence, but it doesn’t explain why wintergreen flavored candies seem to work the best. The effect is a benefit of the flavoring itself: oil of wintergreen or methyl salicylate. Wintergreen oil absorbs UV light and when you chew the candy containing it, emits the light back as a visible blue light. Experiment with different types of hard candy and different brands flavored with wintergreen (Lifesavers, Altoids, Tic-Tacs, even gum), and record observations about which candy is the most shocking treat.

Encourage students to examine the effects of black lights on different colors (items that are white or neon, appear to glow) and then to experiment with different substances (green plants emit a reddish glow as the chlorophyll reacts with the light). Students can even use their new understandings to communicate in secret messages using items that appear to be clear, yet react in the UV, such as petroleum jelly or tonic water. 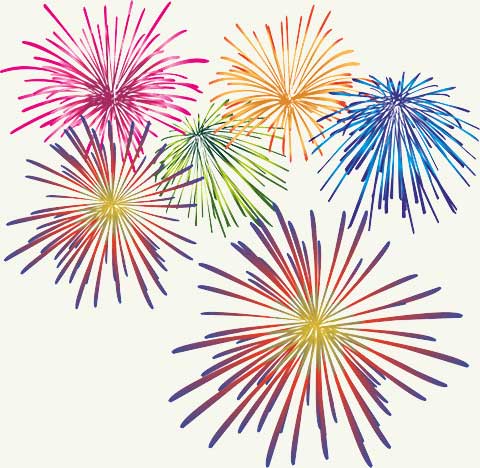 No discussion about fun things that emit light would be complete without mentioning fireworks.

Bringing fireworks into the classroom may not be the best idea, but you can examine the metal salts used to color fireworks in a safe way.

Examining the Nature of Light

What is light? Rachel Dixon shares some great ideas for helping your students think about how light works by constructing and testing models.

(4-PS4-2, Crosscutting Concept: Cause and Effect.)

While science is a natural avenue for incorporating light and darkness, that doesn’t mean that the science department should have all the fun. Consider looking for ways to celebrate the changing seasons in any subject!

There is a light at the end of this wacky winter season in our classrooms. How are you going to make the most of the light or dark moments? Let us know in the comments below.

Interested in getting updates or connecting with the Teaching Channel Next Generation Science Squad? Sign up here: https://goo.gl/forms/pMmtXcsaAhV3UvTi2.