Earlier this year, we launched 52 videos showcasing schools that focus on developing Deeper Learning skills -- academic mastery, academic courage, collaboration and communication skills, global competencies, and more. Many of these schools encourage students to do real-world, authentic work in the form of internships, community outreach campaigns, and projects that expose them to careers in environmental science, robotics, fashion design, and music.

Before school ended in June, we reached out to a few graduates to ask what kept them engaged in their education. They told us strong school relationships and real-world experiences changed their lives for the better, gave them a sense of agency, and a curiosity and excitement about what is possible.

As we head back to school, we hope these student voices will help you think about your end-goal. What do you hope your students will achieve this year? How can we best engage them in the learning process and challenge them to own their learning? The four students who sent in their stories illuminate big ideas for helping students succeed. Here's what they had to say:

Tip #1: Be a Safe Haven for Learning

Being in the same advisory for four years has offered more than just academic stability -- it has been my emotional refuge on more than one occasion. A year and a half ago, my sister was diagnosed with a benign brain tumor that impacts all four hemispheres/regions of her brain. Despite the adversity my family and I have faced, I knew that I would always be welcomed and understood in my advisory. This classroom became my home away from home, and the people in it became my family when I needed them most. To describe my advisory as being "supportive" is an understatement; we are a force of love, compassion, tenacity, and determination. I have been beyond blessed to develop my professional, academic, and personal skills in such an amazing environment.

Tip #2: Get Out of the Classroom

Stephanie Garibay graduated from San Diego Met High School in San Diego, California. For the past three years, Stephanie interned at A Reason to Survive, a non-profit organization which assists young people through art and music therapy. Stephanie is attending Cal State Northridge this fall, where she is majoring in music and music industry studies.

During my sophomore year of high school, I switched from an internship in veterinary medicine to one in music. I had no experience in music other than playing the clarinet in fifth and sixth grade, and I wanted to learn to play the guitar and the piano and write songs. I started with learning the basics of it all, and I am now preparing to enter college to study music. The internship changed my career path.

The difficulties of learning something new from my internship helped improve my work ethic, and made me realize the capability I had within myself to pursue my goals. A few years ago, I had no motivation to even try and work at school. But I now put my entire effort into everything I do, and have achieved some of the goals I had made for myself at the beginning of high school.

Killian Henson graduated from High Tech High International in San Diego, California. Killian was introduced to Teaching Channel after she volunteered her time at the Deeper Learning Conference hosted by High Tech High last spring. This fall, she is attending Worcester Polytechnic Institute as a robotics engineering major.

Although I have had so many great teachers, my favorite was Dan Thoene, my eighth grade math/science teacher at High Tech Middle. Many people think he’s the best teacher because he’s the inventor of Judo Math, but Mr. T was different, because his students knew his goal was for us to learn. When someone failed a test, he had us relearn and retake the test until we understood the topic. I can't stress enough how valuable this was to students. In a regular classroom when a student failed a test, the whole class just moved on to the next topic in the book, without finding out why that student failed. In Mr. T's class, if a student didn't understand the material, he would try a different tactic, or had another student explain it in a different way.

Tip #4: Teach Them to Have Courage

Priscilla Gonzalez graduated from Capital City Public Charter School in Washington, D.C. Priscilla's senior expedition was focused on Gender & Toys, specifically how toys affected how children perceived themselves. She is attending Montgomery College this fall, and plans to major in biology with a minor in women's studies.

My most memorable experience happened in my first year at Capital City. I was forced out of my comfort zone in English class when my teacher Ms.Cooper told us that we had to share a poem we wrote in front of the entire class. Being the super shy student that I am, I skipped the entire school day just because I was too afraid to stand up in front of my classmates. A day later, I began to realize how much of a coward I was, and how ridiculous it was of me to jeopardize my grade. After I told my teacher that I felt ashamed for skipping school just because I wanted to avoid her class, I received a meaningful lecture from her and she granted me another opportunity to read my poem to my classmates. I learned that I can't always run away from my challenges. Sometimes I will just have to face them, because if I run away from them all the time, I will never grow as a person, and I will always remain a coward. 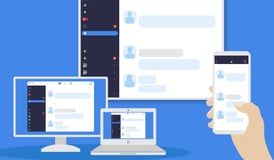