We filmed Sherwanda Chism and Debora Gaten over a year ago, and I've been talking about their lessons ever since. As teachers of Gifted ELA classes in Memphis, Tennessee, Sherwanda and Debora worked together to plan, teach, and reflect on an amazing unit about the Harlem Renaissance. When I watched their lessons, I was in awe. Though their students are only in fourth and fifth grade, they are poised, articulate, and engaged in making connections and collaborating with each other.

In Sherwanda's lesson, students prepare for learning about the Harlem Renaissance by analyzing the points of view of stakeholders involved in the Great Migration. Sherwanda encourages her students to talk about stakeholders by having them use "accountable talk stems" like, "Let me see if I understand what you meant…" and "I agree/disagree because…" Her students had lots of experience using the prompts and were able to seamlessly build off of each other's ideas, ask questions, and participate in collaborative discussions.

The collaboration continues as students worked together to fill out graphic organizers to analyze the points of view of different stakeholders. After completing their analysis, each group hangs their work around the classroom. The class then rotates around the room critiquing each other's work by using the sentence stems "I noticed…" and "I wondered…" Instead of ending the lesson there, Sherwanda has students take their peers' critiques and revise their work according to the feedback. I love how the students were engaged in learning from each other and working together to improve their work.

At the end of the lesson, Sherwanda has her students participate in what is now my favorite reflection activity: Gems and Opportunities. During the reflection, students are asked to share "gems," or highlights, from the lesson. After sharing what worked well, they reflected on opportunities for improvement. By having students both self-assess and reflect on the lesson itself, Sherwanda is able to gain valuable information about her students' learning and her teaching.

Debora's students were further into the unit on the Harlem Renaissance, and engaged in analyzing two poems by Langston Hughes. After reading two of Hughes' poems about dreams, Debora's fifth grade Gifted ELA class compare and contrast the poems by doing a line-by-line analysis of each poem. In their analysis, students look closely at imagery, figurative language, and the emotions they felt when reading the poems. Debora's students use a graphic organizer to note exactly where imagery occurred and how that imagery made them feel. What a great example of close reading!

After working together to discuss the imagery in the poem, students write opinion pieces about which poem they thought best uses imagery to convey its message. Debora then tells them that they've been commissioned by Schomburg Center for Research in Black Culture to create a collage that represents one of the poems. Using the style of Romare Bearden, groups work together to brainstorm concepts, evaluate their ideas, and create their collages. When the groups finished, they present their work and hear critiques and questions from their peers. The sequence of activities that Debora planned were masterful -- students were able to participate in deep analysis before applying their knowledge by adapting the style of a Harlem Renaissance artist.

Both Sherwanda and Debora's classroom are lively, vibrant places where students are encouraged to take risks and learn from each other. In addition to creating space for students to work and talk together, the teachers also make sure their classroom environments are rich with information. In Sherwanda's classroom, she posts "walk around research" (nonfiction information about units of study), and student work on her walls. Whether interacting with material posted around the room or engaging in rich discussions, Sherwanda and Debora's classrooms are models for engaging, collaborative learning.

Lily Jones taught K/1 for seven years in Northern California. She has experience as a curriculum developer, instructional coach, teacher trainer, and is also a contributing writer for Teaching Channel. 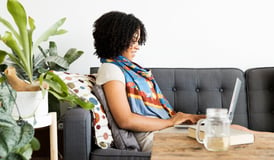