Family Fun with the Fathers of Science

My father is my hero, my inspiration, and one of several people I credit for my journey to becoming a science teacher. Whether it was dissecting cow hearts or cleaning a creek, he always taught me to embrace a sense of wonder and to question the natural world.

In this summer season, many of us are away from our classrooms, but Father’s Day is a perfect time to think about the “fathers” of science -- in addition to our own. And it can also be an excellent time to plan some lessons with the family that may be applied in the classroom this fall. 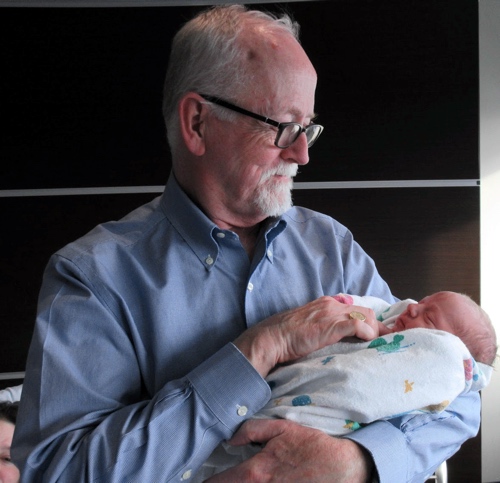 While often thought of as an artist, Leonardo da Vinci’s contributions to science are numerous and abundant. Da Vinci’s desire to make authentic art led him to study human anatomy in great detail. His Vitruvian Man is said to represent his desire to connect man with nature. Da Vinci based his work in wonder and would design solutions ahead of the technologies that made them a reality (for example, his helicopter).

To celebrate the father of invention this Father’s Day, consider experiencing some of his inspirations by flying kites, riding bikes, or designing and building something of your own as an invention for the future!

After nearly going blind while working in a carriage parts shop, John Muir decided to set his eyes on fields, woods, and things that calmed him. Muir became one of the most famous naturalists, explorers, writers, and conservationists of all time. Muir’s work inspired the formation of the Sierra Club, a group that still seeks to preserve our nation’s resources and the national parks as we know them today.

To celebrate the father of the national parks this Father’s Day, consider taking the family outside. Whether you’re trying to kick a curveball or simply exploring nature, embrace the outdoors. Nature can do wonders for learners at any age.

Known most famously for taking common objects (such as a spyglass) and turning it towards the heavens, discovering the moons of Jupiter, and dropping objects off the leaning tower of Pisa, Galileo Galilei had a way of questioning and testing objects to get new results.

To celebrate the father of experimentation this Father’s Day, consider exploring some predictions and testing some experiments of your own. Use household items and investigate the different potential purposes those items may have. Take a twist on the classic experiment of mentos and diet coke and explore what happens if you change the type of soda or number of mentos.

While following his passion for physics, Gregor Mendel went to study in a monastery where he was assigned as a teacher and to study heredity traits in pea plants. His curiosity and fascination with pollination laid the foundation for his development of the theory of the passing of traits and the variation of the species.

To celebrate the father of genetics this Father’s Day, trace a trait through your own family. How many members can roll their tongues? How many family members have attached earlobes?

Skilled in mathematics and the laws of the Catholic Church, Copernicus is touted as one of the fathers of modern astronomy. His published works put forth the heliocentric model, which placed the sun at the center of our solar system. He explained why some planets appear to move backward in their obits across the night sky.

To celebrate the father of astronomy this Father’s Day, take some time to observe the orbits of the objects in our night sky. Don’t want to wait all night? Try finding the International Space Station as it passes overhead.

Why not shoot for the moon this Father’s Day? Give a nod to both Copernicus' and Galileo’s observations of the universe and the motion experiments that paved the way for the codification of classical mechanics by Isaac Newton by engaging in an engineering design challenge. Need help building a rocket launcher? We’ve got you covered!

VIDEO: To the Moon!