Confessions of a Halloween Grinch

There are many things I miss about being a classroom teacher — reading my favorite picture books, teaching students to love math, getting endless hugs. But at the top of my "not-missed" list: Halloween. Here's why: 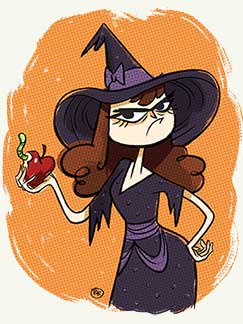 Even I can admit that Halloween parades are cute, but for a teacher, the effort put into making these parades a success is enough to make heads explode. At my school we had three rules for costumes: no masks, no fake blood, no weapons. I can't tell you how many times I've argued with a five-year-old about whether or not lightsabers are weapons. No matter how much I went over the rules, someone would inevitably come to school with a mask or sword. Nothing sets a positive tone for Halloween like confiscating a part of a child's much-loved costume.

We also had a rule about changing out of costumes after the parade so that pristine ghost costumes wouldn't turn brown before Halloween night, but you can imagine the insanity of a classroom of students simultaneously changing into street clothes. When I taught K/1, this meant 22 witches hats, fairy wings, and cattails flying around my classroom. Two identical Cat in the Hat costumes? I could guarantee at least one fight about whose gigantic hat was whose. Missing bunny ears? Automatic tears. Trampled Harry Potter wand? Bring on the tantrums.

Teachers Need to Dress Up... No Excuses

I'm not a fan of dressing up. I can appreciate a fun costume, as long as I don't have to be the one to think it up and put it together. Even more, I hate walking around in crazy makeup and ridiculous outfits, unable to go out in public after school without changing my clothes. Just because I prefer to spend my days singing silly songs and reading magical stories to little kids doesn't mean I like dressing up in wacky outfits. I don't think lawyers and doctors are showing up to their jobs in full costumes on Halloween, but for teachers dressing up isn't an option. If I didn't come to school in an elaborate get-up, I'd have some very disappointed little humans on my hands.

Halloween Makes Me Take Candy Away From Children

As if the actual insanity of Halloween at school isn't enough, the craziness continues the day after. The costumes are gone, but now overtired kids run around on sugar highs trying to sneak even more candy into their mouths. Though my school had a clear "no candy" policy, without fail some kids would be sent to school with leftover Halloween candy in their lunches. And when I would take the candy away... major meltdown tears, the kind that only come when kids are already exhausted. Lovely.

I hope you're not as bah humbug about Halloween as I am, that you're the type of teacher who enjoys glue gunning impressive costumes and getting theatrical. If not, just throw on a witch's hat and do what you can. I'll be thinking about you. Whether you enjoy the fright or not, hope you have a happy (or at least not horrible) Halloween!

For a different perspective, Gretchen Vierstra absolutely loves Halloween. Her blog has great ideas for a learning filled Halloween.

Lily Jones taught K/1 for seven years in Northern California. She has experience as a curriculum developer, instructional coach, teacher trainer, and is also a contributing writer for Teaching Channel.