It had been the same lunch routine for too many days in a row. I would leave my great kids in 4th hour Reading the Screen (a film and reading analysis course for juniors and seniors) only to be discouraged by the direction of our "ordinary to extraordinary" unit. It started out really well. We had great discussions about how filmmakers wrap narrative around ordinary stories to make them extraordinary. We watched together and then in small groups a series of short films where they quickly flexed analysis muscles that were now taking shape. They seemed ready for full-length film analysis; they seemed ready to work on composing their first very short film.

My eagerness for their exploration to become more self-directed and my enthusiasm for this course I'd never taught before cast a surreptitious haze over my better judgment. Two weeks into the unit I realized that we had conceptually taken on too much with too little guided instruction built into their learning processes. I nudged, modified, re-wrote, re-directed daily.  I salvaged the unit, happy with the learning students demonstrated in their one-minute ordinary to extraordinary films. But they had been frustrated for too long and so had I.

So, I decided it was time for a New Year's celebration. The day after the unit concluded I brought Bomb pops, we watched last year's Times Square ball drop on YouTube and cheered, then broke into some New Year's traditions. They wrote "good riddance" to the parts of the unit they didn't want to see again. They reflected about what did go well, what they did learn. Finally, they made resolutions to me and I to them about what learning could look like in our class from here on out. They left with red, white and blue lips from the popsicles and smiles on their faces. We found a way to begin again.

Beginning again has always been a special perk of teaching. It's the rotation, the chance to cultivate a different culture of the classroom. I learned that you don't have to wait for that definitive ending, that beginnings are viable any day.

Topics: Mindfulness, Reflection, Back to School 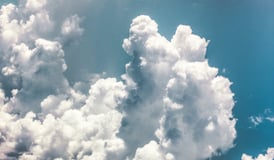 Reflecting on and Being Grateful for What We Can Control

Reflecting on and Being Grateful for What We Can Control