For most people, the word creativity has an ‘artsy’ ring to it. But the truth is that creativity isn’t the exclusive realm of great artists or innovators. In fact, every person has the capacity to imagine, create, and propose with solutions to problems. The trick is that this innate ability is sharpened or blunted by the education they receive.

In his TED talk “Do Schools Kill Creativity?” education expert Sir Ken Robinson outlines how the traditional factory model school with which we’re familiar destroys creativity. While bold, his idea makes sense when you consider that the roots of our mass education system come from 19th century Prussia, where students were rewarded for performance and obedience rather than creativity.

Research has indeed shown that creativity in children, educated in public schooling, tends to decline with age. So how can schools foster creativity? Some believe the solution lies in giving back that responsibility to the children’s first teachers: their parents.

In traditional schools children rarely go outside, while homeschooled children make the world their classroom, learning through direct experimentation, rather than endless repetition. Instead of overloading their children with homework, homeschool parents frequently organize visits to libraries, museums, zoos, or national parks so their children can learn about a subject firsthand.

The extra effort pays off because, as research shows, homeschooled children are more open to creative, artistic, and intellectual pursuits than their classroom peers - qualities they’re more likely to carry with them later in life.

However, homeschooling isn’t an option for many families, which means we need a focus on bringing creativity back into the classroom. Fortunately, there’s plenty of evidence that it can be done.

Proficiency-based education, project-based learning, and other personalized learning approaches are leading the way in that endeavor, and being implemented to great success in many places.

It is interesting, for example, to note that Finland’s entire primary education system is built around creativity.

Finns believe that a child’s early years are critical in terms of their development. Until the age of seven, a Finnish child’s education is therefore centered around them playing with their classmates. This early-years, play-based learning system has allowed Finnish students to rank highly on subjects like math and science, as well as to punch above their weight when it comes to tech innovation.

While Finnish teachers let students take over the lessons, traditional teachers relegate them to their seats, where their whole contribution is limited to hearing, writing, and memorizing what the teacher says.

In the more restrictive system, rather than exercising their creativity, students’ minds tend to wander as they try to cope with disinterest.

Worse yet, by emphasizing grades rather than creativity, schools instill the fear of failure from an early age. As we age, the fear of choosing the ‘wrong’ answer intensifies and conformity moves creativity to the back seat. Suddenly it’s not about coming up with new ideas anymore; it’s about not failing our SATs, not losing our jobs, and so on.

Creativity is the engine that moves our world, and helps to solve its biggest problems. However, that engine sputters if we suppress creative thinking in our schools instead of nurturing it.

Whether it’s by encouraging playfulness in learning, exploring experience-based lessons, implementing proficiency-based education models, or using other methods, opening the floodgates of creativity won’t just make school a more enjoyable place for students - it will allow an abundance of innovative ideas, solutions, arts, tools, and policies to improve our world.

Mark Siegel is an Assistant Headmaster and a tireless advocate of education reform and has spent nearly five decades pioneering the first true proficiency-based program in the United States. Mark travels far and wide to give presentations and lectures on the benefits of the proficiency approach to education. 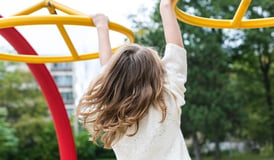