Editor's Note: Anekah Kelley, a student in Janelle Bence's freshman English class, is one of three students who have written and graciously allowed us to publish their thougths about the midterm elections. Their assignment was to take a 30-minute walk around their neighborhoods, take pictures of the political signs they came across, and reflect on the civic engagement around them. You can read Janelle's introduction to their assignment here.

The polarizing opinions of both major American political parties have made the last few years some of the most politically tumultuous in recent history. Republicans and Democrats alike have attempted to control Congress, though it seems increasingly likely that neither will control both chambers. One race that has, surprisingly, become pivotal to the Democrats’ hopes is the Texas Senate race between Republican incumbent Ted Cruz and Democratic challenger Beto O’Rourke. Despite Cruz’s status as a Republican incumbent in a historically red state, Beto O’Rourke has amassed incredible support from both inside and outside of Texas. He has raised more money than any other candidate running this cycle ($69 million to date) and has consistently scored within the margin of error in polls. This race will not only affect national politics, but it could also redefine Texas politics and the state’s party allegiance in the coming years. 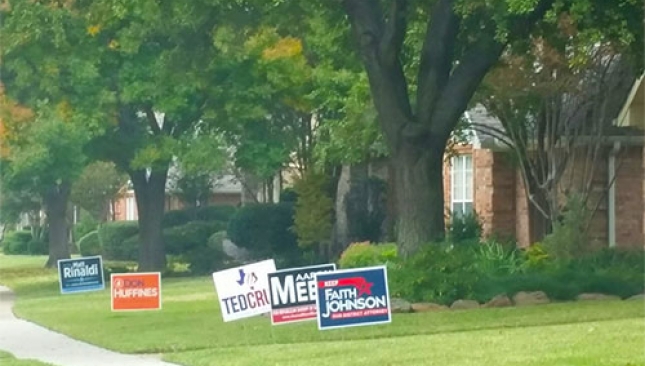 One way that O’Rourke’s support is demonstrated is through the yard signs in neighborhoods. Though yard signs have fallen out of favor as a polling style, they still represent people willing to openly support a candidate. During a recent walk through my neighborhood, I saw 30 houses with yard signs, 16 of which supported Beto. Although Cruz’s campaign has said several times that their focus is not yard signs, Beto’s more visible support signifies a change in the ideals of Texans across the state. The changing demographics of Texas and the growing cities containing these demographics are important factors in this change. While Texas as a state currently remains staunchly red, Austin, Houston, Dallas, San Antonio, El Paso, and numerous other cities have evolved to become Democratic strongholds. Additionally, the growing Hispanic community in Texas has led to Democratic gains, as that demographic historically votes overwhelmingly blue. This Senate race is important, not only because it is one that will decide our national representation for years, but because it is a reflection of our state’s changing demographics, possibly heralding another era of Democratic governance in the state of Texas.

The Texas Senate race will be influential in both this election and those following, but its importance is nothing compared to that of your vote. Our country is having a crisis of faith in public institutions, our preeminence as a nation, and the values and morals that we hold dear. As was demonstrated in 2016, every vote makes a difference. I say this not as a Texan, Ohioan, and American, but as a person unable to vote who is watching the ideals of our country ripped apart by the infighting and disparaging comments that have come to characterize American politics. Please, if you are legally able to, vote. This one midterm election could determine the path of our nation and civil discourse for the foreseeable future. It is your civic duty to express your opinion through voting. Those who fail to vote have no right to complain about the outcome. 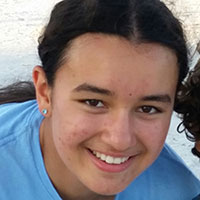 Anekah Kelley is currently a freshman at New Tech High @ Coppell. She is a political enthusiast, bibliophile, trumpeter, music lover, and older sister to three hooligans. Her favorite books and songs often are those that deal with issues we are currently confronting in our society.  She sincerely hopes that one day, people will realize their responsibility to vote is not a joke but a civic duty. She wishes that that day would hurry up and arrive. Anekah can currently be found in Coppell, Texas, but don’t call her a Texan; because she is and always will be a Buckeye for life.